The Pygmalion Effect and the Power of Positive Expectations 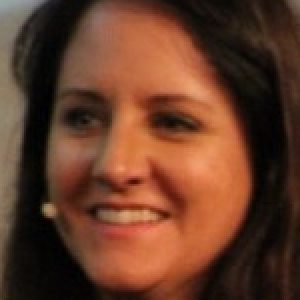 Rosenthal's Experiment and the Pygmalion Effect

Robert Rosenthal (pictured) is most known for his research and studies conducted on experimenter expectancy effects, which is the influence that a researcher can have on the outcome of an experiment (“Rosenthal’s Work”, n.d.). The first notable study that he worked on was with Fode in 1963. Rosenthal and Fode had two groups of students test rats; these rats were categorized as being bred “maze bright” or “maze dull,” even though, in reality, they were all standard lab rats and not specially bred one way or the other. The results of the study illustrated that the students unconsciously influenced the performance of the rats in order to fit the expected results between the “maze bright” and “maze dull” rats (“Rosenthal’s Work”, n.d.). Thus, Rosenthal would rationalize that the same effect would occur with teachers and students.

Rosenthal’s most famous study was conducted with Lenore Jacobson in 1963 at an elementary school just south of San Francisco, California (Spiegel, 2012). His purpose was to figure out what would ensue if teachers would react differently towards certain students if told that a select number of students were expected to learn more information and more quickly than the pupils in their class. To test this, Rosenthal issued a Test of General Ability to the students in the beginning of the year (“Rosenthal’s Work, n.d.). After the students had completed this IQ test, some were chosen at random to be the students that were expected to academic bloomers; however, the results of the test did not influence which students of the class were chosen (Bruns et al., 2000). He continued to observe the interactions between teachers and students and decided to issue another IQ test at the end of the study to see how IQ has improved in students that were to be academic bloomers versus the control group (Spiegel, 2012).

Rosenthal’s and Jacobson’s results had reinforced their hypothesis that the IQs of the “academic bloomers” would in fact be higher than those of the control group even though these academic bloomers were chosen at random (Bruns et al., 2000). Especially in younger children like those in grades 1 and 2, there was a remarkable difference in the increases of IQ between the students chosen to be academic bloomers and those that were not. A reason for this is because younger children may be able to be influenced more greatly by their teachers, who are respected authorities (“Rosenthal’s Work”, n.d.). 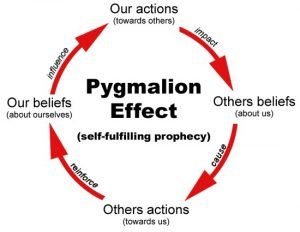 The conclusions demonstrated by the study greatly illustrate the Pygmalion effect, or Rosenthal effect, which is the phenomenon that explains better performances by people when greater expectations are put on them (Bruns et al., 2000). For example, the teachers in the study, may have unnoticeably given the supposed academic bloomers more personal interactions, highly extensive feedback, more approval, and kind gestures, such as nods and smiling (Spiegel, 2012). On the other hand, teachers would generally pay less attention to low-expectancy students, seat them farther away from teachers in the classroom, and offer less reading and learning material (Bruns et al., 2000).

Please confirm you want to block this member.

You will no longer be able to:

Please note: This action will also remove this member from your connections and send a report to the site admin. Please allow a few minutes for this process to complete.

You have already reported this

Our aim is to connect professionals and support educators, so our team is constantly creating quality resources for teachers and school leaders.

In order to unlock the resources, simply fill in your details below so we can keep you updated as we add new resources and deliver free webinars in the future!

We look forward to you joining our crew!